This book did not fit any of my challenge criteria.

Check out my review of The Handmaid’s Tale.

More than fifteen years after the events of The Handmaid’s Tale, the theocratic regime of the Republic of Gilead maintains its grip on power, but there are signs it is beginning to rot from within. At this crucial moment, the lives of three radically different women converge, with potentially explosive results.

Two have grown up as part of the first generation to come of age in the new order. The testimonies of these two young women are joined by a third voice: a woman who wields power through the ruthless accumulation and deployment of secrets.

As Atwood unfolds The Testaments, she opens up the innermost workings of Gilead as each woman is forced to come to terms with who she is, and how far she will go for what she believes.

“Dear Readers: Everything you’ve ever asked me about Gilead and its inner workings is the inspiration for this book. Well, almost everything! The other inspiration is the world we’ve been living in.”
—Margaret Atwood 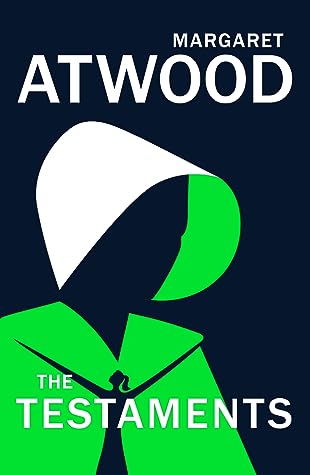 I found this book to be quite fast paced. It’s got a lot of action in it throughout the three main narratives, and you will find yourself speeding through the pages.

I imagine it would be a fantastic audio book. Multiple narrators gives the option to use different actors and voices throughout the recording, which may make it easier to distinguish who is the speaking voice in this instance.

That said, even in the print version it’s easy to distinguish between the voices. I thought it would actually be much more difficult.

I found parts of this book quite predictable. While there were a few plot points I didn’t see coming, I had already guessed the majority of them before they arrived. I found this to be a little strange in a book where suspense is to be the name of the game.

Three. I didn’t hate it, but I also didn’t love it. I can see where both sides of the “this sequel was unnecessary” argument lie, but I would sway a little more towards unnecessary.

2 thoughts on “Review: The Testaments by Margaret Atwood”